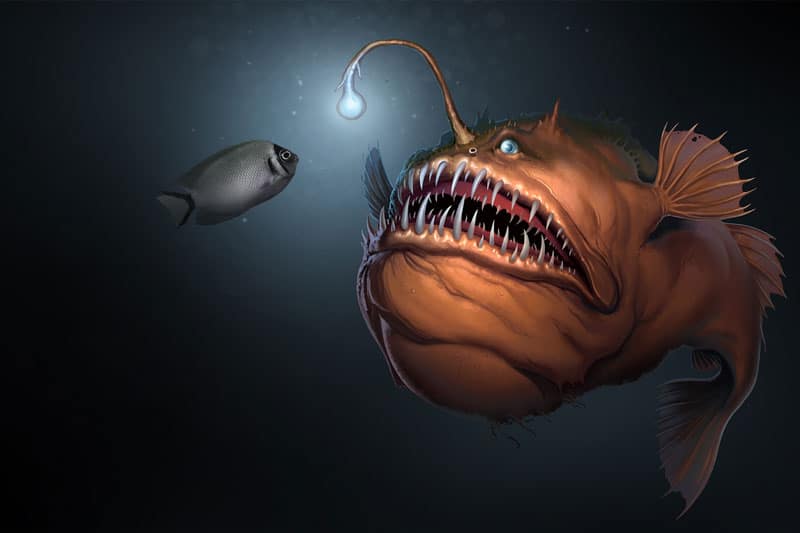 Hebrews 13:8-9 NLT
[8] Jesus Christ is the same yesterday, today, and forever. [9] So do not be attracted by strange, new ideas. Your strength comes from God’s grace, not from rules about food, which don’t help those who follow them.

Ephesians 4:14 TLB
[14] Then we will no longer be like children, forever changing our minds about what we believe because someone has told us something different or has cleverly lied to us and made the lie sound like the truth.

There is true “stranger danger” for those that are not enveloped daily in the truth of God’s Word. Over the centuries, there have been a lot of false teachers that label themselves as spiritual guides. Many of them manipulate the gospel and add their own interpretations or claim there are lost transcripts that should have been included in the Bible. As a result, they are watering down the truth of God’s love and saving grace for all of humanity. The lure of a false gospel can be very enticing in our human flesh, but it leads to destruction and death just as an unsuspecting fish gets lured into the light of its predator, the anglerfish.

The Bible warns us of these strange doctrines and false teachers and even boldly calls them antichrists. It tells us that anyone speaking against the doctrine taught in the Bible is an antichrist. Those are strong words, but this is directly from 2 John. So as Christian believers, we must caution ourselves and only follow the way, the truth, and the life of Jesus Christ.

2 John 1:7-11 NKJV
[7] For many deceivers have gone out into the world who do not confess Jesus Christ as coming in the flesh. This is a deceiver and an antichrist. [8] Look to yourselves, that we do not lose those things we worked for, but that we may receive a full reward. [9] Whoever transgresses and does not abide in the doctrine of Christ does not have God. He who abides in the doctrine of Christ has both the Father and the Son. [10] If anyone comes to you and does not bring this doctrine, do not receive him into your house nor greet him; [11] for he who greets him shares in his evil deeds.

In the beginning, was the Word and the Word was with God and the Word was God. The Word of God has stood the test of time and proves over and over to be faithful and true. We are not to add to it or take away from it. It is our one true source of truth directly from the inspiration of the Holy Spirit.

Some argue that the Bible was written by men. But the infallible Word of God was and is directed by God, inspired by the Holy Spirit, and assembled by men of prayer who have preserved His Word for future generations to study and know God’s will and His wonderful plan of salvation for all of humanity.

John 1
[1] In the beginning was the word, and the word was with God, and the Word was God. [2] He was in the beginning with God. [3] All things were made through Him, and without Him nothing was made that was made. [4] In Him was life, and the life was the light of men. [5] And the light shines in the darkness, and the darkness did not comprehend it.

2 Timothy 3:16-17 NKJV
[16] All Scripture is given by inspiration of God, and is profitable for doctrine, for reproof, for correction, for instruction in righteousness, [17] that the man of God may be complete, thoroughly equipped for every good work.

Which Truth is True Truth?

Is it the world’s truth that people “claim is true” or God’s Truth? There can only be one truth. There cannot be multiple versions of truth as that would nullify what is true. Jesus told us that He is the way, the TRUTH, and the life, and no one can come to the Father except by Him.

John 1:14 NKJV
[14] And the word became flesh and dwelt among us, and we beheld His glory, the glory as of the only begotten of the Father, full of grace and truth.

John 18:37 NKJV
[37] Pilate therefore said to Him, “Are You a king then?” Jesus answered, “You say rightly that I am a king. For this cause I was born, and for this cause I have come into the world, that I should bear witness to the truth. Everyone who is of the truth hears My voice.”

Take caution, and do not be deceived by the strange doctrines that you may hear. Do not let a “watered-down gospel fool your heart.” God created the entire universe for His pleasure. He created man in His image. He loves us so much that He made A WAY for us to be with Him throughout eternity. Jesus is that way. He laid down His life for us by His will so we can live in His kingdom forever and ever. For those that humble themselves before Him and seek Him with all of their hearts, He will guide them throughout their lives and even to death and into His holy presence.

His love is far greater than anything we could ever imagine. The song, The Love of God, sums it up so well (see the lyrics below) and listen here.

The love of God is greater far

Than tongue or pen can ever tell

It goes beyond the highest star

And reaches to the lowest hell

The guilty pair, bowed down with care

God gave His Son to win

His erring child He reconciled

And pardoned from his sin

Could we with ink the ocean fil

And were the skies of parchment made

Were every stalk on earth a quill

And every man a scribe by trade

To write the love of God above

Would drain the ocean dry

Nor could the scroll contain the whole

Though stretched from sky to sky

O love of God, how rich and pure!

How measureless and strong!

It shall forevermore endure

The saints’ and angels’ song