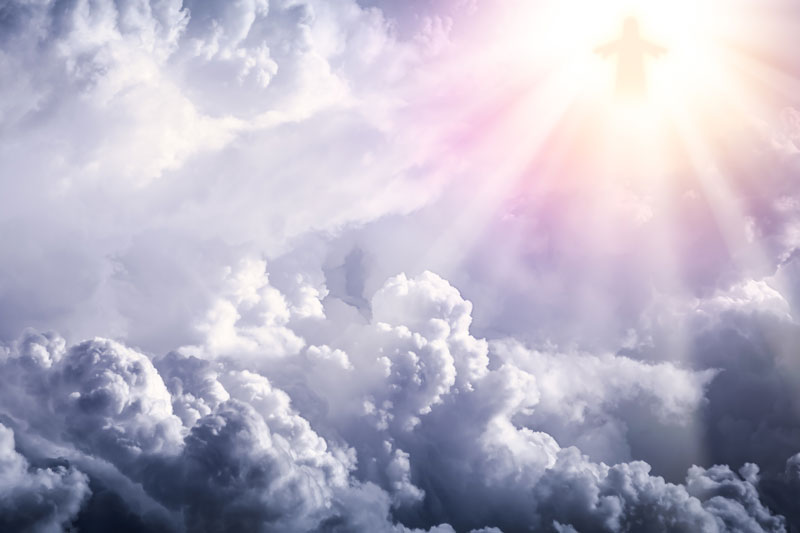 Good Morning!
A little background around the above verse to give context — Lazarus, the brother of Mary and Martha, had just died. This is the same Mary and Martha spoken about when Mary poured out expensive perfume on Jesus’ feet and wiped it with her hair. They called for Jesus when He was in another town to come to Lazarus as he was sick and they wanted Jesus to heal him. Jesus decided to stay in the town that he was in for another two days so that His glory would be shown before men. So finally He went to Judea where Mary, Martha and Lazarus were, but Lazarus had already died. Jesus arrived on the scene when Martha told him that if He were only there, then Lazarus would not have died. This is where Jesus tells Martha, “I am the resurrection and the life. Anyone who believes in me will live, even after dying.”

Jesus was able to use a circumstance that looked hopeless for a wonderful teaching moment. He not only was able to raise Lazarus from the dead in the versus that follow, but He declared His Lordship in this statement that He has the power to resurrect the dead to life.

Physical resurrection happens in the Bible on many occasions, but the resurrection that Jesus is speaking of here is spiritual resurrection. There will come a day that Jesus will return and on that day those that are alive on earth will be called home and those that have gone the way of all men and died will be raised to life again to live eternally with God in heaven.

This was a teachable moment in history that Jesus used to prove His Lordship. In verse 43, He says 3 words that prove it – “Lazarus, come forth.” And Lazarus who was now dead for several days, got up and walked out of his tomb.

John 11:43-44 NKJV
[43] Now when He had said these things, He cried with a loud voice, “Lazarus, come forth!” [44] And he who had died came out bound hand and foot with graveclothes, and his face was wrapped with a cloth. Jesus said to them, “Loose him, and let him go.”

There will come a day that the trumpets will blow we will see Jesus coming on the clouds of heaven to bring home those who believe in the resurrection. Let’s all be ready for that day and live each day like it could be today. You never know!

Matthew 24:30-31 NLT
[30] And then at last, the sign that the Son of Man is coming will appear in the heavens, and there will be deep mourning among all the peoples of the earth. And they will see the Son of Man coming on the clouds of heaven with power and great glory. [31] And he will send out his angels with the mighty blast of a trumpet, and they will gather his chosen ones from all over the world-from the farthest ends of the earth and heaven.

John 1:4 NLT
[4] The Word gave life to everything that was created, and his life brought light to everyone.

Romans 5:21 NLT
[21] So just as sin ruled over all people and brought them to death, now God’s wonderful grace rules instead, giving us right standing with God and resulting in eternal life through Jesus Christ our Lord.