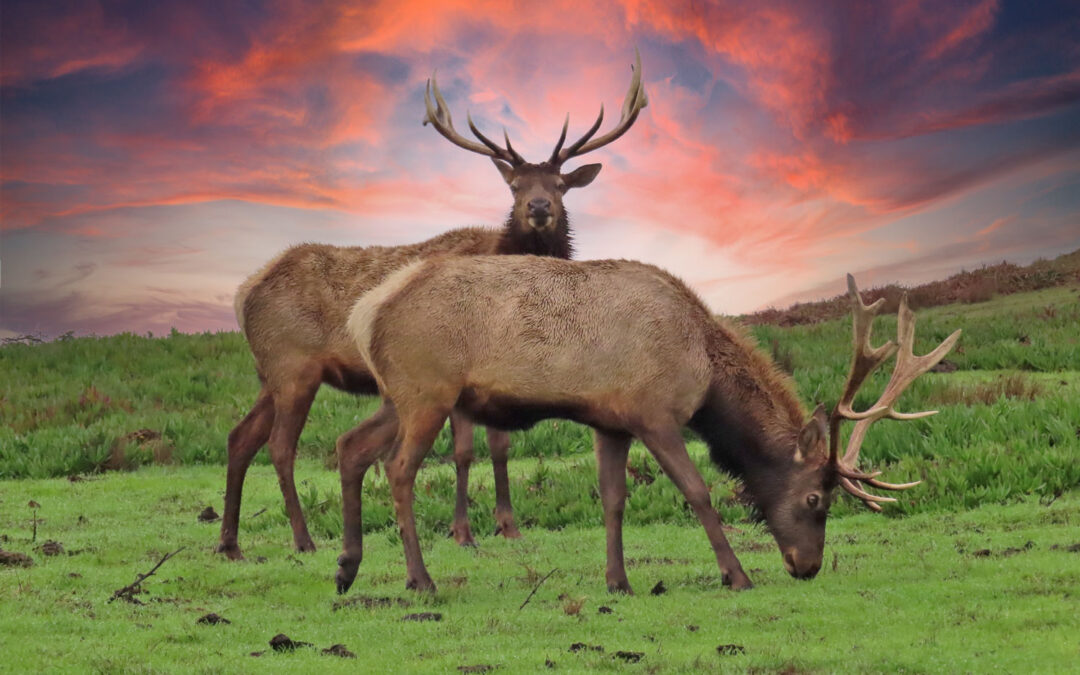 I’ve recently had the privilege of visiting California for the first time with my beautiful wife to celebrate our 30th anniversary. California is an amazing state, and the work of God’s hand in nature is truly breathtaking. It just spoke to me of the awesome God we serve. The views of Yosemite are just a tiny glimpse of the beauty that we will see in God’s eternal kingdom. Just think about that for a moment — everything we know and see on earth will pale in comparison to what heaven will be like. 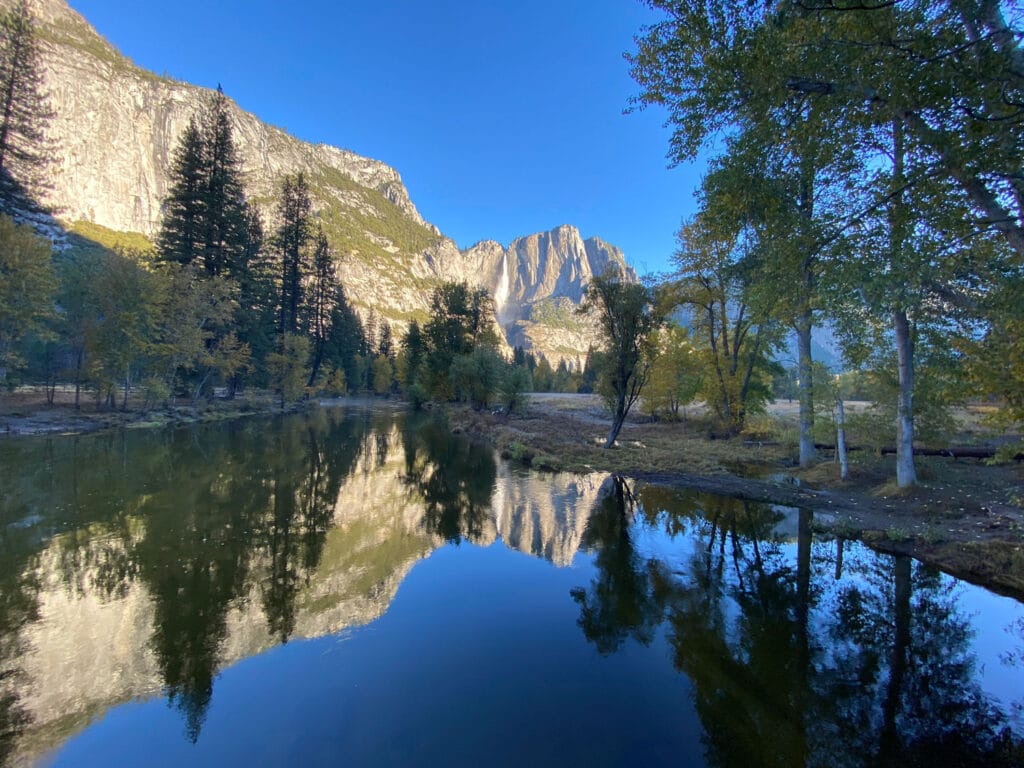 I was particularly fascinated by the Tule Elk located in Point Reyes, California. My wife will attest that I took over 200 photos of these beautiful beasts. Although they are considered the smallest of the elks found in the United States, they are still large creatures compared to us, weighing over 500 pounds. Yet they were very skittish when you would approach them, seeming to have an instinctive fear of men, even though there is no hunting allowed on this reserve. 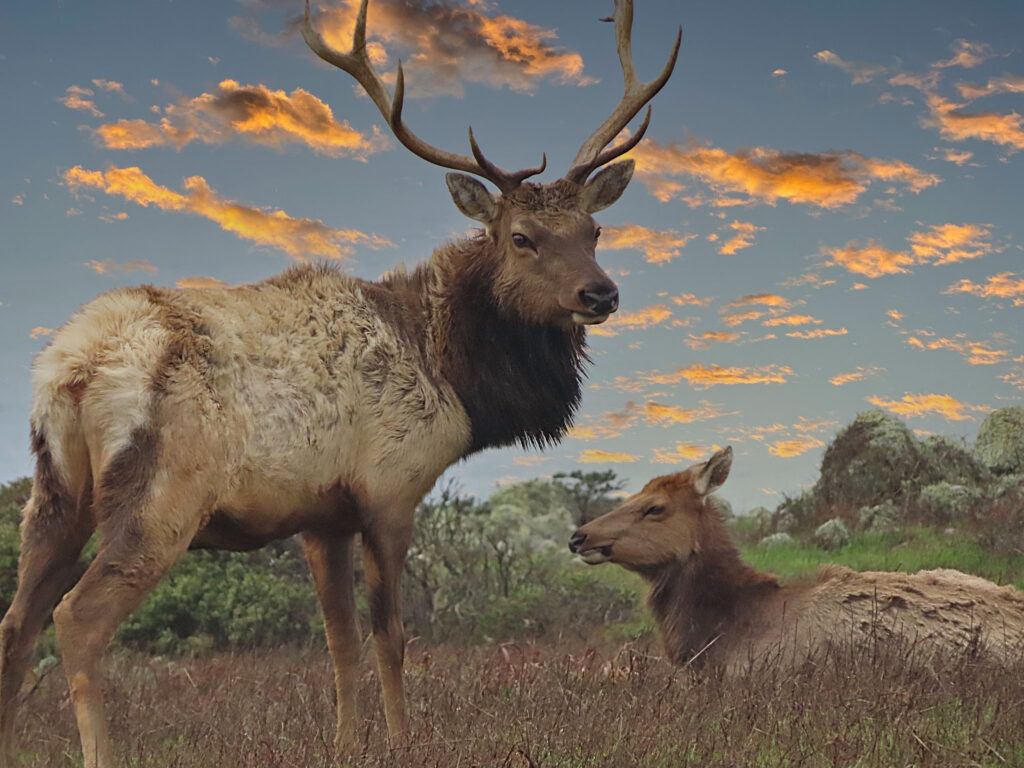 Like the Tule Elk, we too, need to have a fear, but this is a good fear. It is the fear of God, which can also be translated as respect, awe, and a state of submission to the Creator of all things. God’s creation cries out of His wonderful nature, His love for all of His creation – especially men and women, and leaves us without an excuse for knowing that there is a divine architect and intelligent designer of the universe that loves us beyond what our minds are able to measure. He loves us so much that He sent Jesus to this earth to die in our place, saving us from our sins so that we can have a personal relationship with our Heavenly Father forever!

Jesus told us that as He rode into Jerusalem on a donkey, the crowd shouted, “Blessed is the King who comes in the name of the LORD!” As the Pharisees tried to get Him to rebuke the shouting crowd, Jesus said to them that if He made them silent that even the rocks would cry out His praise.

God’s creation speaks to us of His infinite wisdom (Read Job 38). The delicacy and intricacy of all of the creation leave men without an excuse that there is a Creator. Atheists will try to explain how we got here, but they cannot. They continue foolish endeavors trying to explain how we came into being while the story of creation is fully described in the Book of Genesis.

Romans 1:20 NLT
[20] Forever since the world was created, people have seen the earth and sky. Through everything God made, they can clearly see his invisible qualities-his eternal power and divine nature. So they have no excuse for not knowing God.

Luke 19:37-40 NKJV
[37] Then, as He was now drawing near the descent of the Mount of Olives, the whole multitude of the disciples began to rejoice and praise God with a loud voice for all the mighty works they had seen, [38] saying:” ‘Blessed is the King who comes in the name of the LORD!’ Peace in heaven and glory in the highest!” [39] And some of the Pharisees called to Him from the crowd, “Teacher, rebuke Your disciples.” [40] But He answered and said to them, “I tell you that if these should keep silent, the stones would immediately cry out.”

Jeremiah 8:9 NKJV
[9] The wise men are ashamed, They are dismayed and taken. Behold, they have rejected the word of the LORD; So what wisdom do they have?

Get Out There – Reconnect With God in the Beauty of Nature

The day-to-day “grind” of life can get us stressed and caught up in the world’s system. Visiting nature and looking at God’s creation is awe-inspiring and uplifting. Nature has a way of just reconnecting us with God and letting Him fill us up again. We don’t have to go far to see the beauty of His creation. Even a walk outside at sunset, seeing the beautiful red skies, is an awe-inspiring sight. Look for Him in even the most miniature natural wonders (i.e., watching bumblebees collect nectar on flowers) and let His wonder just fill you with His love, joy, peace, and goodness.